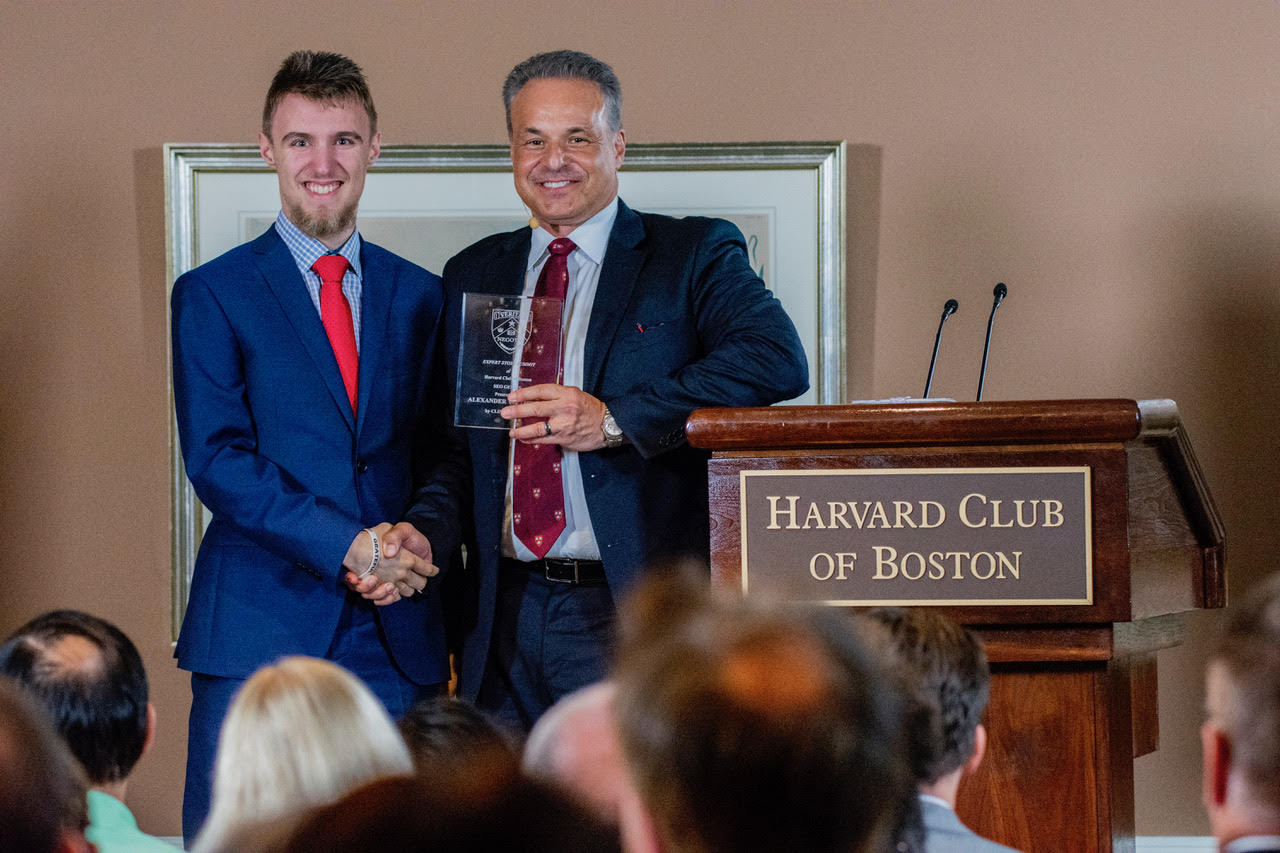 FOR IMMEDIATE RELEASE — 19-year-old Alexander Velitchko may’ve grown up a small-town kid in the boondocks, and he’s first to admit he was never raised street-smart.

And yet, despite the circumstances of life, Alexander is now boldly pursuing entrepreneurship.

While still in high school, Alexander helped his dad run a store on Amazon.com, as part of his co-operative education program—describing himself as “probably one of the luckiest guys in [his] school, because [he] got to go home after only 2 classes.”

Eventually, this led Alexander and his dad into an industry that’s an estimated $72 billion according to Borrell Associates, projected to rise to almost $80 billion by 2020: search engine optimization, or SEO for short. 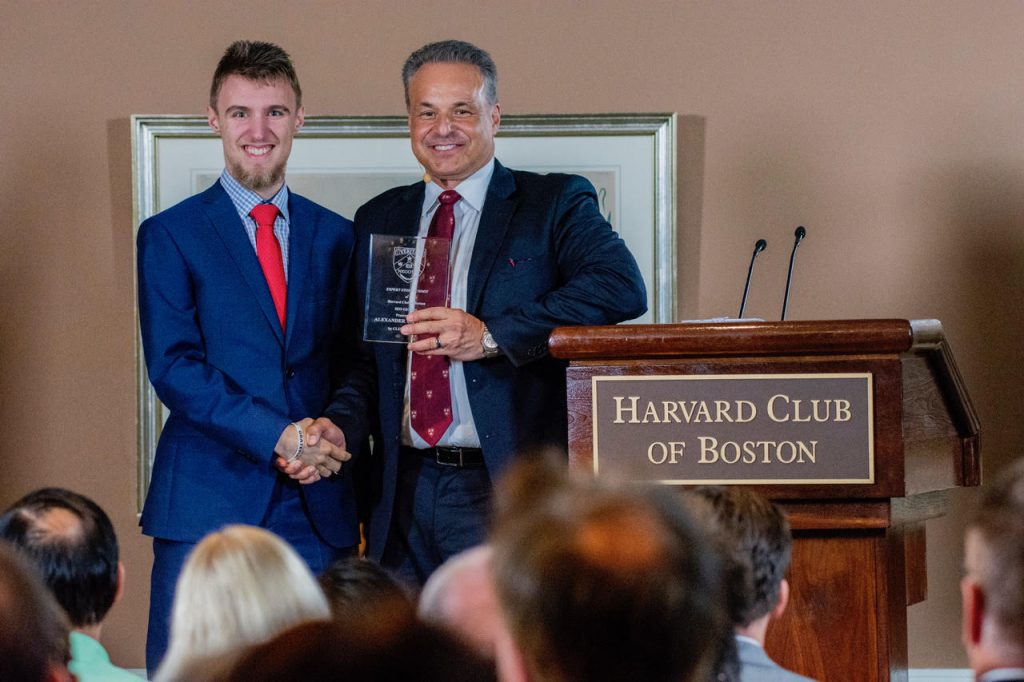 Alexander has had the privilege of sharing his message on the same stage as Caitlyn Jenner and George H. Ross at the Harvard Club of Boston.

In his Harvard speech, Alexander describes how he and his dad made the most of a family loss by serving companies local & national, small & large, and helping them gain recognition—co-founding Triple Agent Digital Media Inc., whose business services encompass SEO, online reputation management, and social media brand-building.

The speech was extremely well-received by the 100+ thought leaders, changemakers, CEOs and expert entrepreneurs from all over the world who spoke at the summit, earning him the “SEO Genius Award,” and Alexander says it represents a personal high for him.

“I cannot express enough gratitude for the mentorship I’ve received, the connections I’ve made, and the celebrities I’ve met.”

When asked, the 19-year-old entrepreneur is keen to expand upon the practicality of his passion for digital marketing.

“I’ve been a computer user since I was 2,” Alexander explains, “and a YouTuber since 11. I’ve experienced enough of the ins and outs of the Internet to say that business owners really need to be seen on Google when they want to make a difference in this world. Pretty much everybody uses Web searches to make their purchase decisions. You’ve got to be seen by those searchers, and Google is the place to be for that, since they dominate 75% of the search market.”

Not only that—Google is trusted so much that less than 10% of searchers ever browse beyond the first page.

“I help businesses get discovered and trusted by Google, and hence their customers,” says the Triple Agent co-founder. “I leverage every online asset available to build a fortress of trustworthiness around your online branding, and turn your website into a digital asset.”

Some older-generation entrepreneurs are not familiar with this concept, so they’re more partial towards “old-fashioned” marketing media. Here’s what Alexander and his company say when he’s questioned about the effectiveness of SEO:

Q: Why would I need this?
A: OK—you own a business. Doesn’t matter if it’s small, medium or large—you already know that in order to make that money, you need customers coming to your door.
The question now is: HOW? In this digital age, if you think decades of expertise in your industry alone will magically sell anyone who walks by you, you’re dead wrong! I’ve seen a local custom cabinets dealer fail after only 3 years in business because of this exact philosophy. They thought their storefront “didn’t need marketing” to survive.
Since word of mouth is not as effective now as it used to be, digital marketing is the way to go—and 97% of consumers use online search to look for businesses. The SEO industry is growing year-after-year, so you can’t afford to sleep on search engines and alienate the 97%.

Q: How much does it cost?
A: Good question. Depends on your desired scalability and your specific industry, so I’d like to know more about that from you. If I were you, I wouldn’t think of it as “what’s the cost?” so much as I would say “what return-on-investment can I expect from your SEO?” Because it doesn’t matter if it’s financially challenging upfront. What matters is how much you profit from this investment. My intention is bringing you more qualified customers and clients from Google, which yields more revenue. So it all just comes down to return-on-investment.

Q: How much time will it take?
A: It depends on how aggressively you want to scale. Generally, SEO is a long-term asset. It’s like growing a 6-pack: you won’t see optimal results in a month. You’ve got to maintain your eating, dieting and exercising habits. Obviously, isn’t it true that any business owner would want a long-lasting marketing asset? That’s what we give you. Patience is key, so let the months go by, let it roll out, and once you’ve hit your goal for growth, we can continue to maintain it for you.

Q: I didn’t know someone could get you up on the search engines like that. Can you tell me how it works?
A: I can’t say everything—I’d be giving all my secrets away! [giggles] But seriously - it’s all about tweaking your website to where the search engine’s algorithms really like it. Google measures your rankings based on what you talk about, the quality of your user experience, the traffic coming to your site, and your trustworthiness, which they score based on that of the people who are talking about you.

Q: This sounds great. How do I get in touch with you?
A: You can easily book a 1-on-1 consultation for complete website analysis. You get to discuss your current business situation and how much you want to scale, so that I know exactly how to help you. 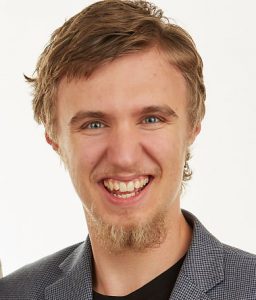 Alexander T. Velitchko is the co-founder, owner and director of Triple Agent Digital Media Inc., an international digital marketing agency that helps businesses gain exposure, scale their audience & grow their brand via organic SEO and online reputation management, using strategies that are rooted in science. A computer user since the age of 2, he is a bestselling author of “50 Easy Business Hacks to Increase Your Sales Today,” and an award-winning speaker who has appeared at Harvard Club of Boston and Coca-Cola, with forthcoming engagements at Nasdaq, Harvard Club of New York City, Mercedes-Benz USA, New York City Bar Association, and West Point Military Academy.