The 19-year-old digital marketing expert—a whiz kid at computers and the Internet ever since the age of 2—will share his story with a group of business leaders, changemakers, influencers & financial service experts from all over the world.

From a Family Loss to Digital Brand-Growth & SEO Expertise 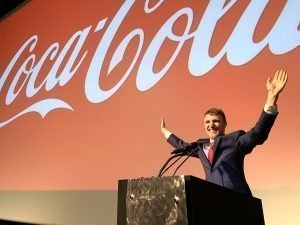 In his story, Alexander speaks of the humble circumstances that led him to pursuing entrepreneurship. He, in turn, helps such experts to share their message to a wider audience—by leveraging digital properties on Google and the Internet.

The inciting force of his adventure was a family loss. After a family vacation in Niagara Falls—the only vacation he ever enjoyed in a family of three—”that was the beginning of the end for Mom. It wasn’t much longer before she . . . would pass away . . . of cancer.”

With investments and advice from his dad, Alexander has been able to make the most of his tragic loss by harnessing his lifelong technology adeptness—for a greater good.

With offices in Toronto, Canada and Niagara Falls, NY, TADM finds their international clientele coming to them with a desire to grow their brand awareness and magnetism. All of Alexander’s specialties work together to accomplish this in a unique way.

From Nasdaq to the World 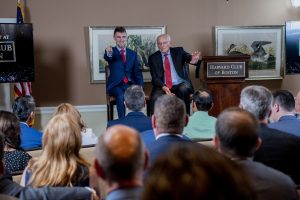 Alexander Velitchko’s Nasdaq appearance is the latest stop in an ambitious media tour which has taken him to the Harvard Club of Boston—where he was presented with the SEO Genius Award and where he has had the privilege of sharing his message on the same stage as George H. Ross and Caitlyn Jenner—and Coca-Cola in Atlanta. More forthcoming destinations include Mercedes-Benz USA in Atlanta, the New York City Bar Association, and West Point Military Academy.

Passers-by in Times Square will see the young entrepreneur’s face displayed on the 75-foot-tall Nasdaq Jumbotron—dominating one of the most prominent advertising spaces in “The Center of the Universe.”

“Imagine this, if you will. 3 years ago, almost to the day," says Alexander about his own real-life experience, "you're sightseeing in Manhattan on a coach bus on a high school trip, snapping a picture of the Nasdaq Jumbotron as you pass right by it.

“And here you are, exactly 3 years later, with your 75-foot-tall self being displayed on that very same Jumbotron. Who would’ve known that such a small-town kid would grow to live so large?”

The answer can be found inside the world’s 2nd-largest stock exchange on Feb. 11.

Business owners & professional service experts can apply to have their current marketing status critically assessed by Triple Agent Digital Media in a free website analysis. They offer initial 30-minute consultations to discover the needs & challenges of their clients, and custom-tailor marketing plans that work for them. 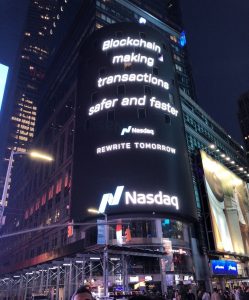 Alexander T. Velitchko is the co-founder, owner and director of Triple Agent Digital Media Inc., an international digital marketing agency that helps businesses gain exposure, scale their audience & grow their brand via organic SEO and online reputation management, using strategies that are rooted in science. A computer user since the age of 2, he is a bestselling author of “50 Easy Business Hacks to Increase Your Sales Today,” and an award-winning speaker who has appeared at Harvard Club of Boston and Coca-Cola, with forthcoming engagements at Nasdaq, Harvard Club of New York City, Mercedes-Benz, the New York City Bar Association, and  theWest Point Military Academy.